Why do cats have vertical pupils?

Peering into the eyes of different animals, you’ll see some extraordinarily shaped pupils. why?

It turns out that the shape of an animal’s pupils is a good indicator of its ecological role. The hollow aperture in the iris, the eye’s band of pigmented muscle, is marked by pupils. They’re the openings via which light enters the eye, strikes the retina, and activates light-sensitive cells, triggering the visual process. Because most of the light that enters them is absorbed, pupils are black. Their size changes in reaction to light, medications, and emotional and mental states, although their basic shape differs widely between species. House cats, for example, have vertically enlarged pupils and are nocturnal predators. These formations expand dramatically in the dark, absorbing all available light.

They shrink into slits when the light is bright. Cat pupils are so adaptable that their maximum area is 135 times larger than their minimum, but our pupils only shrink and extend 15 times. The slit pupil also forms crisp, vertical contours as a result of how it takes in light. When the cat’s brain analyses the pictures from each eye, the minute but distinct variances between them assist the cat in determining the precise distance to its target.

notably those with eyes closer to the ground. This could be due to the fact that these pupils are particularly beneficial for seeing items at the close ranges at which these animals hunt. Many grazing and browsing animals, such as goats, have horizontally extended pupils, which provide them a unique perspective on the world. These pupils, located on either side of the goat’s skull, allow horizontal bands of light to enter, providing the goat with a nearly 360-degree view and sharp horizontal images.

This allows goats to notice any changes in the horizon, alerting them to prospective predators, while also allowing them to see ahead and detect obstacles as they flee. Goats, in fact, rotate their eyes in their sockets as they move their heads up and down, keeping their pupils aligned with the horizon. 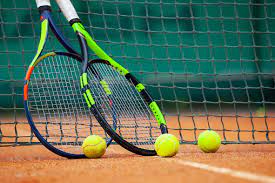